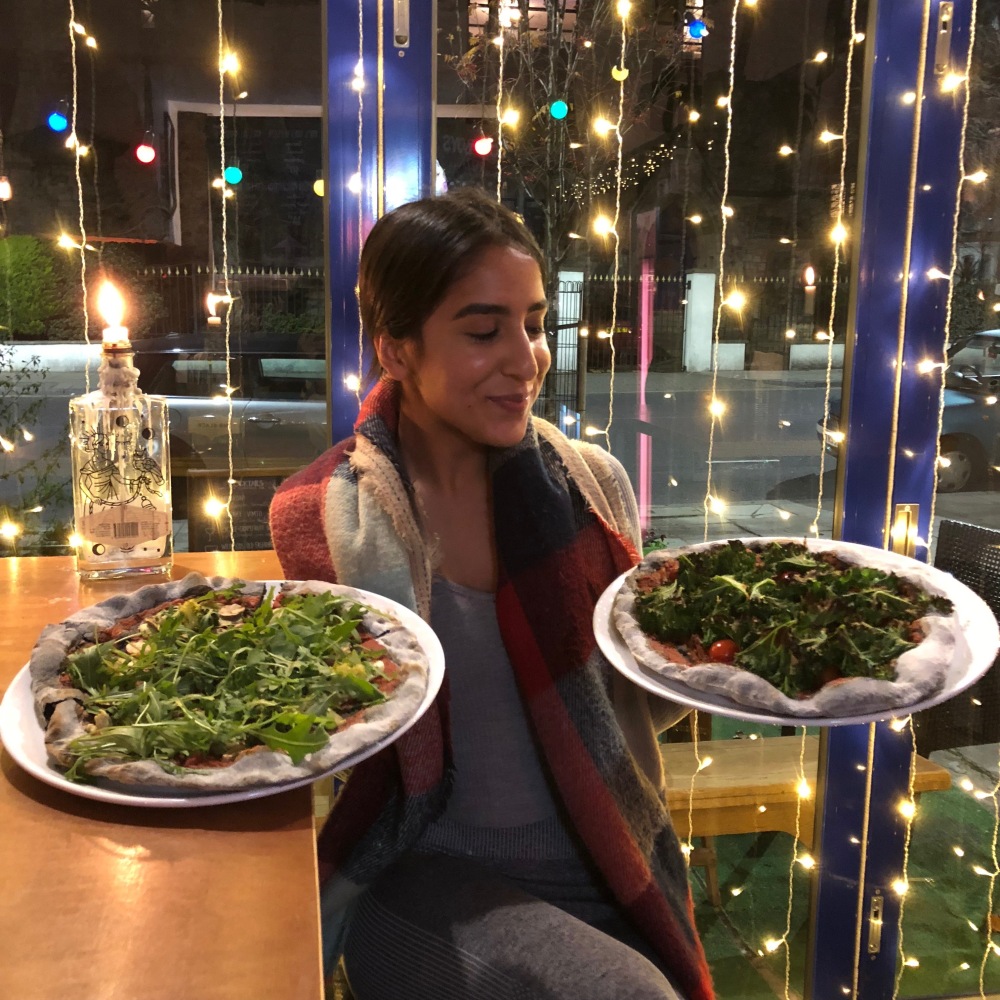 Having entered my twenties it’s fair to say I have learnt a food tip or two along the way; always ask for extra cheese, make sure you leave the club early enough to grab some fried food at the local chip shop, it’s always a yes to hummus and never ever say no to pizza. This being said, we recently popped over to Lost Boys Pizza to try their vegan pizzas and gosh we were not disappointed!

First, here’s a bit about this Californian, Vampire themed Pizzeria founded by Alex Fisher and Peter Crozier-Clucas. Firstly, it feels like it’s Halloween 24/7 365 days in here! Secondly, they also stand out from the rest due to their black charcoal pizza bases!

Can Pizza ever be anything but three thumbs up?! The main selling point for Lost Boys Pizza is without a doubt their use of black charcoal pizza bases (gluten-free option is available) on all their pizzas! For once we actually can not choose a favourite! Kale All Vampires is super creative with the use of kale, a great but controversial pizza topping – much like pineapple. The kale was perfectly cooked and added added a nice texture leading to us not actually missing the fact that the pizza was cheeseless! The artichokes on The Coffin Dodger were a winner to me – again adding a nice and creamy texture! And with the amount of rocket and kale on both pizzas, it’s practically like you’re eating a salad… The pudding is also a yes from us – you can certainly taste that the brownie is gluten-free but the ice cream is absolutely delicious! On the whole, we definitely gives this place a three thumbs up also thanks to their (strong – thank the lord) cocktails, which under happy hour are 2 for £11!

With each pizza coming in for £10 it is certainly a little pricier than vegan options at other pizzeria’s, however, it is certainly value for money considering how different they are from your average (vegan) pizza! Plus, they are currently offering 30% off at their new Camden location! What’s more is that during January you can grab their dough balls, two pizza and a dessert for £20! Also, did we mention that their cocktails are 2 for £12 during happy hour?!

Vegan options are on their menu all year round.